Home Uncategorized Tan is in

Lady of Sun offers clients sunless tanning  products and applications—such as airbrush tanning to help them maintain a bronze glow without damaging their skin with harmful UV rays. A tanned glow is a sought after look that everyone from Hollywood to here in Cincinnati has a desire for. But how did it start?

In the past tanned skin was looked at as a result of a hard labor outdoor jobs, such as farming. Cultures throughout the world have different views on what skin color is the most desirable. For instance,  women in the US, Europe and most of south america have a deeper desire for a tanned look. However, most women in the Asian cultures place a high value on a more fair look.

At one time, women who had very fair skin and a porcelain look indicated they could afford not to work in the fields or in hard labor jobs.

Most people in the fashion and beauty world believe this trend in color was brought on by French Designer, Coco Chanel who valued a bronze glow. The look of being tan changed from a look of hard work, to a new luxury look! It made a statement of being able to afford vacations and holidays instead of working. If you had a glow, then must have gone somewhere exotic to get it!

The sunless tanning market began to grow in the 1950s. The first self-tanner, Man-Tan, was introduced in 1959 and UV tanning beds began to appear in the United States in 1978. By the 1980s and 90s, both bottle and bed-based tans became firmly established practices that allowed tanning devotees to get—and maintain—the bronzed skin they desired.

Airbrush Tanning is Now the Future

We are now seeing the benefits and growing popularity of Spray tanning, specifically airbrush tanning. It has grown exponentially in the last decade. Especially since the solution gives a natural, off the beach glow that is never orange!!

It is affordable and better for your skin than laying in a tanning booth!

Lady of Sun offers some of the best products on the market, as well as a beautiful spray tan color! We have 15 years experience.

Give us a call! You’ll be glad you did!

Erin N. is the owner of Lady of Sun, LLC. She has a passion for changing the community with one spray tan at a time! She believes when we look good, we also feel good. It's about feeling good, more than look good! She tells clients often, "I'm not just in the beauty business, but I am in the inner beauty business too"!

Here are a few things that may cause issues with your spray[...]

One thing that is very important in the world of[...] 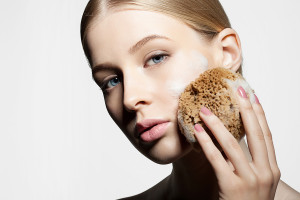 The Correct Way to Exfoliate

All About Our Bath Bomb Parties!

If you love bath bombs and hanging out with all your friends...

All About Our Rosewater Facial Toner

At Lady of Sun, we specialize in providing handcrafted,...

The Correct Way to Exfoliate

To get the most out of your spray tan, you want to exfoliate...

Different Ingredients in Soap and What They Are Good For

All natural oils are used for many things, they are great...

How To Take Care of Your Spray Tan on Vacation

All the time we hear from clients that their tans do not...

Products to Use During your Spray Tan

After you get your spray tan, and take your first shower,...

Why YOU Should Become A Spray Tan Artist

We just started our training program to certify people to...

Things to AVOID the Duration of Your Tan

There are a lot of things you want to avoid during your...

How Exactly Does Airbrush Tanning Work?

So what exactly is the difference is between airbrush...

It is Officially Fall! The Perfect Time to Come Get Tan!

Now that it is getting colder out, and the pools are...

All About Our New Memberships!

For all of you LOS Spray Tan addicts…listen up! Now...

Got Pale Skin? No Worries!

Here at LOS, we use the motto “color fabulous”,...

Love Your Tan? Just Wait 12 hours and you will LOVE it Even More!

We tell ALL of our clients that you shouldn’t judge...

Why ORANGE is NOT Possible at LOS

Orange is a great color….but not on your skin!...

Say Goodbye to Tan Lines for Your Wedding

No bride wants to have awkward tan lines on her wedding day,...

Make Your Outfits POP With a Spray Tan!

Whether you are pale or dark complected, everyone has a...

Here are a few things that may cause issues with your...

Nobody wants to show up to the beach as white as snow, Lady...

Shopping and Trying on Clothing After Your Tan

Don’t Try on Clothes Right After Your Spray Tan! Need...

Why Airbrush Tanning is Better Than Anything Else

Boost your confidence – Most of us feel better about...

Why Everyone Needs to Try a Bath Bomb

These bursts of awesomeness not only smell good, and are fun...

Shea Butter is a superfood  for the skin that comes from...

Since it is now summer and a lot of us are outside...

The Benefits of Airbrush Tanning vs. Anything Else

Airbrush tanning is always a safer and quicker alternative...

What to Wear Before, During, and After your Spray Tan

One of the most frequently asked questions that we get here...

The not so Glamorous Side of being a Spray Tan Artist

When it comes to being a spray tan technician, there are a...

ALL about our best selling products

When you get an airbrush tan, you need to take care of it...

One thing that is very important in the world of airbrush...

Using sunscreen with a spray tan

One of the questions a lot of people have about spray...

Get that nasty skin off- Exfoliate

Exfoliation is KEY for a great Spray Tan! Well….what I...

Thanks for choosing Lady of Sun! We can't wait to hear from you. Please send us your questions or comments.

Experience something completely different. The most flawless tan ever. Book Your Tan Today!

Type and press Enter to search